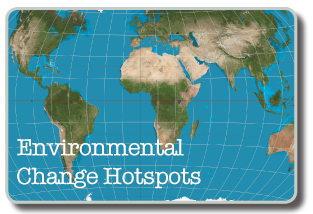 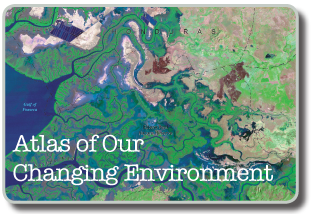 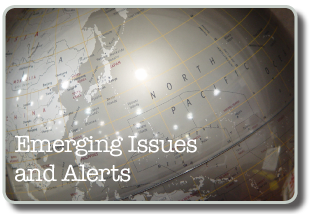 Amazonian Deforestation Slowing but May Already be at a Tipping Point
Mato Grosso, Brazil

Why is this issue important?

At the beginning of the 20th century, roughly 80 percent of the 5 million km2 "Legal Amazon" region of Brazil was forested (Kirby and others 2006). Highways built in the 1950s and 1960s, along with government incentives for colonization and development, created a boom in the conversion of forests to cattle ranching and farming (Kirby and others 2006). Much of this change occurred along an arc at the southern edge of the Amazon Basin where the newly built roads facilitated access to the forest and connected the region to markets outside the forest. Three states along this arc have accounted for the vast majority of deforestation - Para, Rondônia and Mato Grosso. Mato Grosso alone lost 56 277 km2 of forest from 2001 to 2009 (INPE 2010) - an area the size of Croatia deforested in just nine years (Figure 3).

The border between forest and agriculture in Mato Grosso.

Figure 3: Deforestation in Brazils northern states generally peaked around 2004, however rates still remain high, particularly in the state of Para.


What are the findings and implications?

This deforestation has been documented year-by-year in remote sensing data since the 1970s. The 1984/1985 image (Figure 1) shows a south-west to north-east path cut through the forest in an area of north-central Mato Grosso where highway BR-163 was built in 1973, and another highway branching to the northwest off BR-163.

By 2010 (Figure 2), the clearing that occurred only along roads in the mid-1980s had spread throughout the entire area leaving only patches of forest. Until recently, more than half of Highway BR-163 remained unpaved, however the Brazilian government has been moving forward with its plans to pave the remainder, in part to facilitate the transport of soybeans to shipping points on the Amazon (Fearnside 2007).

Deforestation peaked in around 2004 in Para, Rondonia and Mato Grosso (see Figure 3 above) and has declined in most years since; by 2009, it had dropped to about 40 percent of the average forest loss of the last two decades (INPE 2010, Butler 2006). Recent research that models environmental feedbacks from deforestation, however, suggests that Mato Grosso may be reaching a tipping point at which forest loss will cause precipitation and soil-fertility to decline to the point that secondary forests would not be able to regenerate (Fearnside and others 2009).